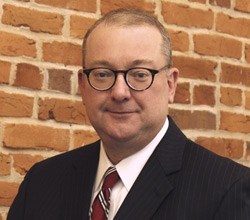 Mr. Garren, a member of the firm, was admitted to practice in 1983. Mark has tried cases throughout the State of West Virginia, in both Circuit and Federal Courts, in the United States Tax Court and in the State of Ohio. He has appeared on numerous occasions before the West Virginia Supreme Court and the Fourth Circuit Court of Appeals. He is a member if the West Virginia State Bar and has experience in civil and insurance defense litigation including trucking cases, mass flood litigation, asbestos litigation and traumatic brain injury cases. Mark was formerly the West Virginia Managing Attorney for State Farm Insurance Company’s Claim Litigation Counsel Office. Mark was also formerly an Assistant Prosecuting Attorney for Wayne County, WV and City Attorney for Kenova, WV. Mark has experience representing individuals, businesses, counties, cities, school boards and public service districts before various courts and administrative agencies. He has also served as the President of the Cabell County Bar Association and as a Board Member of the Prestera Center for Mental Health.